Oiiissu! At the beginning of an educational program for young children, cast members greet like Oiiissu! But I think it's a little rude and I wonder how this greeting is allowed to repeat every time on the educational show.

But I digress, back on topic. This time we are going to see Boz Scaggs probably is best known for We're all alone, but in order to get into the spirit of the drummer Jeff Porcaro, check out the performance in Lowdown. Lowdown was first released on the album Silk Degrees and later was also recorded on this album HITS! which some refer to as the Magician album due to his bright pink jacket appearance. 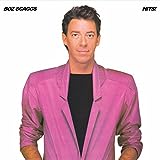 Now then, throughout the entire song, two separate drum tracks are recorded and are nicely separated right and left. You can see it by panning right & left, or just by hearing only one side of your earphones and switching to the other. Here's how the intro part goes: 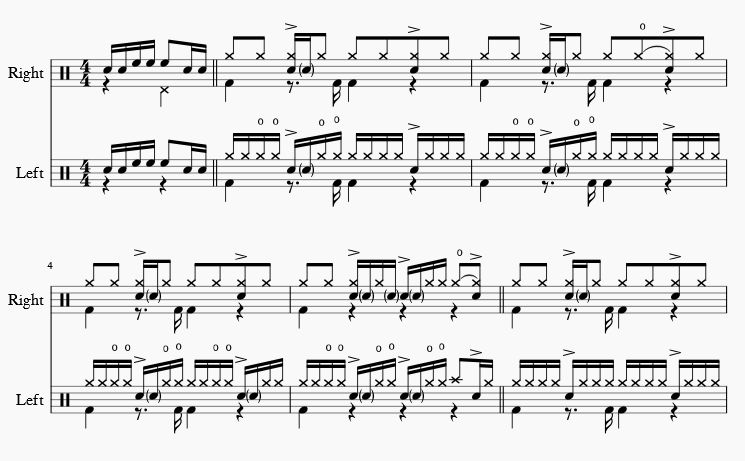 It is not surprising that he was awarded as "Rolling Stone Magazine's 100 greatest drummers of history". Although 2 tracks are two separate recordings, the 2 are almost completely aligned in time not only in the intro but throughout the end of the song. It's amazing that the 2 separate tracks give this superb groove and very few listeners would find the 2 separate tracks.

To be more specific, ghost notes on the snare drum right after the back beat recorded on the right side is pretty amazing. He shots a back beat on the left hand and instantly reduces the volume to tap a ghost note right after the back beat, and in addition all those notes firmly stick to 16th note beats. Proficient dynamics control indeed. All the notes, including 16th note kicks are abnormally stable in his precision machine control. As you drummers know, how hard is it to be in perfect synchronization with a separately recorded track! When you try to overdub two tracks, you would record snare back beats on one track and would avoid back beats on the other. Jeff Porcaro recorded both 2 tracks with back beats and went through with it.