Now, it's Frank Zappa's hour with very few requests! Discover Zomby Woof, where we can easily view the unique feature of Zappa's songs. 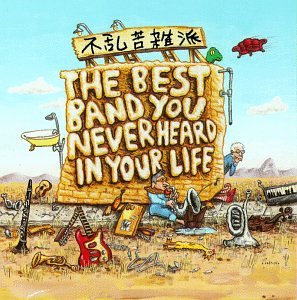 I must say, that is a violation of the rules

The song, which is so abstruse that even Zappa's musicians cannot follow, starts like this. The drummer's name is Chad Wackerman. 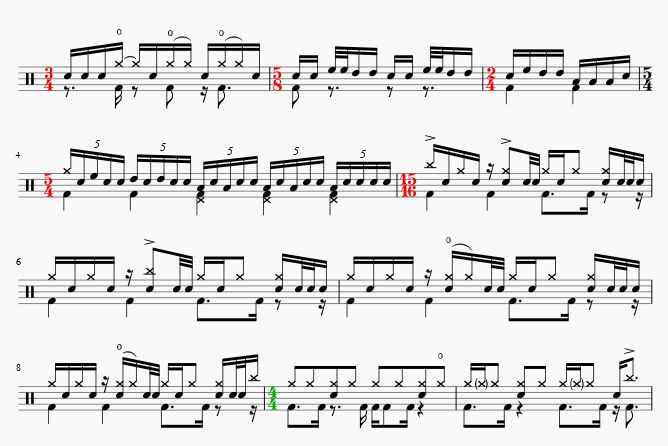 No way. The fact that 5 different types of beats appear in the first 5 bars is a little shocking. 15/16 is also a tricky one. On the 9th bar, it barely stabilizes to 4/4. Good. I was relieved to hear that, so I decided to colour 4/4 of the score in green to express my sentiment.

The 5x quintaplets in the 4th bar seem to be very complex, but it would not very hard in RL sequence or hand movement since he just repeats RLRLL as follows. The right hand moves on the toms, while the left hand gently taps the snare to fill between the tom notes. We need to focus on capturing the flow of the quintaplets at this tempo and generating the rhythm of the quintaplets accurately.

And right afterwards, starting at the 11th bar: 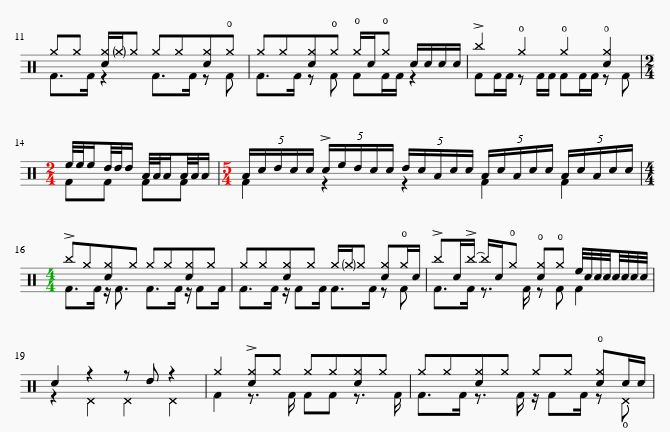 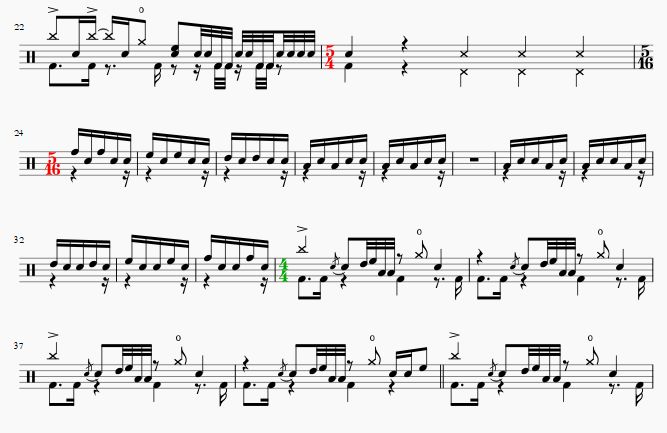 At the 15th bar, RLRLL is used to play the 5 notes as in the 4th bar, but I found that the left hand beats a tom instead of the snare only at the following red highlighted note. Whatever the timing of the toms, it is important to generate the exact quintaplets notes in the tempo.

From the 24th to 34th bar, a "5" appears again, but the key is that the speed is different from that of the previous 5. Instead of dividing a quarter note into 5, there are 5 notes in 16th notes. In other words, the speed is slightly slower (have a longer interval between notes) than the previous 5. It's interesting to see how the toms move from top to bottom in RL RLL, and then back again in RLL RL. In fact, the melody here is inverted as if a mirror were placed in the center of the 29th bar. Check with someone who has absolute pitch.

Then, it comes back to 4/4 of safety and security again in the 35th bar. The green color is suitable for 4/4. But 4/4 passes in a moment, in the next phase, a new and unstable musical architecture comes in unfortunately. We will verify this in detail in my next article.