After I exhibited a paranoid obsession with paradiddle in the song Scatterbrain of Jeff Beck on the previous article, let me introduce a paradiddle guru! He is David Garibaldi from Tower of Power who is often cited as a notable player deserving special mention! 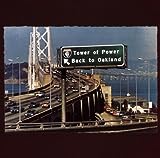 This album was named "one of the most important recordings for drummers to listen to" in the vote of Modern Drummer Magazine! Although genres of music and classification of music groups are really varied, some people call them "Oakland funk". The cause of calling so instead of just "funk", is the performance of David Garibaldi, who creates such subtle differences, isn't it? If your answer is yes, you've come to the right place. The drum part of this song for you:

The light and crispy snare fill rustles at the beginning. Mark the subsequent drum pattern. This is not an improvisation nor his autopilot pattern. He carefully considered and combined paradiddles to make mechanical combinations so that snare accents correspond to the horn riff. If I remember right, he commented like that. For that reason, it is hard to trace the play without transcribing it and only by listening. We have to write it on a score and to understand how it flows.

We may think that each musicians perform randomly in the song. We firstly hear that the open hi-hat phrase lying between the 2nd and 3rd bars is corresponding to the slide guitar phrase like "swap swap". Meanwhile the organ also plays the very similar "swap swap" phrase at another timing. That is very much confusing, so it took a lot of hours to transcribe it! However, after hearing the song several times, we find it is not random but played in fixed position. Immediately after the above is:

The fixed form in four bars with a fill is repeated. In the above part, only the snare hits highlighted in red are different from the fixed form. That is a fine performance to give variety to the routine. In the meantime, the song having only 52 seconds faded out. It is amazing that the song comes up in conversation in a long time and is handed down though it is such a short song.

My band mate attended a live performance of Tower of Power a couple of months ago. He said that the solid technique of David Garibaldi showed no sign of declining and that David was awesome brilliant. Looking for Wikipedia I found David is more than 70 years old now! I think I can continue being a drummer no matter how old I get. Even though my strength declines somewhat, I could attract people who listen. I who soon grow old am relieved a little!