Frank Zappa - Hands With A Hammer

This is Frank Zappa time again. Even though it has been proven that there is almost no demand from the trend of this blog so far, I'm going to pick a difficult life! From the album You Can't Do That On Stage Anymore (ycdtosa) VOL.3, it is a Terry Bozzio's drum solo credited as one song track. 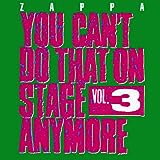 Hands With A Hammer (Live)

See my previous coverage of another song on the album here:

All right, for a limited number of the fanatics, I wish this touches a string in your heart. Hands With A Hammer!! 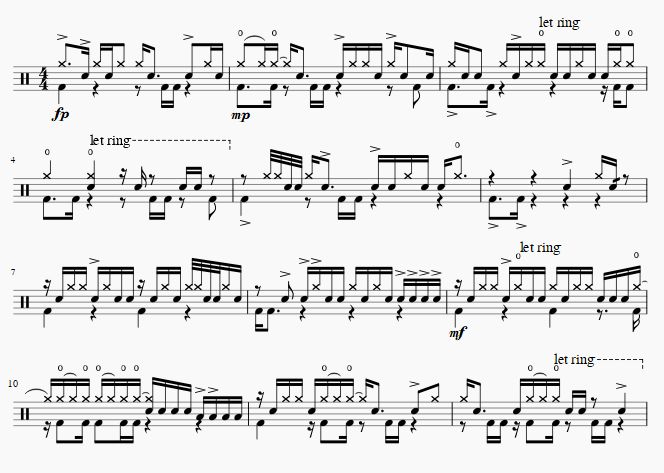 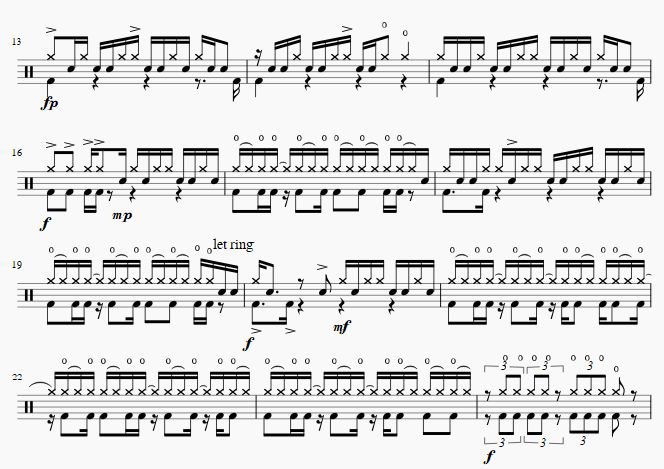 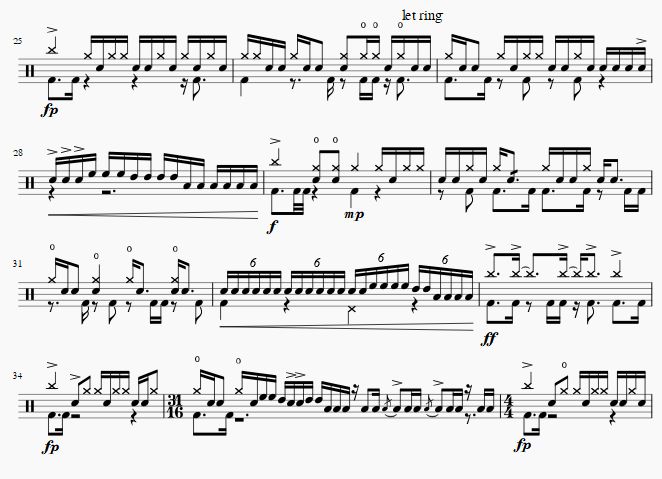 He basically plays only high-hat, snare, and kick having wide range of dynamics from almost zero volume to full volume at certain parts. He emphasizes certain kicks so obviously that I even put accent marks on the kick notes.

As it looks, he hits high-hat in the right hand and snare in the left hand, combining paradidles. Note that "let ring" means to keep opened high-hat ringing.

Motif development and fill-in with too much bonus

At 10th, 17th, and 19th bars, a phrase with hi-hat open & close such as "chi-chi-chichi-chichi-" appears. And this phrase, correction, the motif, continues at the 21st, 22nd, and 23rd bars. Then in the 24th bar finally it gets to a sublime! You can see a beautiful motif development by him who indeed has a classical music background.

The 28th and 32nd bars are old-school yet simple and powerful fill-ins. Right after that, the 35th bar is cool and flexible. The fill-in is supposed to end with a simple toms phrase, but after reaching the floor tom, he keeps adding a lot of extra floor toms. The 35th bar got an odd meter as a result. After that, as the solo lost its tempo, that is the end of my drum score.

Pledge to revive the Japanese economy

This song seems to be a live recording from a Frank Zappa band's tour to Japan. I'm not very sure but the live stage was at Kōsei Nenkin Kaikan (Welfare Pension Hall) in Japan. It's kind of unbecoming to have Zappa in a place like Welfare Pension Hall. In the era of Japan as Number One, Japan might be a must-have country for tours in the music business. There were a lot of special CD release versions for Japan that have bonus tracks for Japan. Sadly, Japan passing has continued for some decades. It is an urgent task to revive the Japanese economy and demonstrate its importance in Asia so that a lot of artists overseas will come to Japan.

Japan as Number One