Steely Dan the sophisticated music to enter adulthood. The titled song Aja from the album Aja which recorded the largest sales and won the Grammy Award. 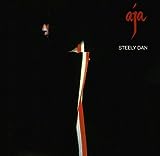 The beauty of this album art is representing the music contained in this album. It is said that a Japanese photographer took a picture of a Japanese model. I'm pretty proud of it.

Now, the drummer plays in the album title song Aja is the living legend Steve Gadd. Let's take a look at the part that you have to note as a drummer in this 8 mins long song: 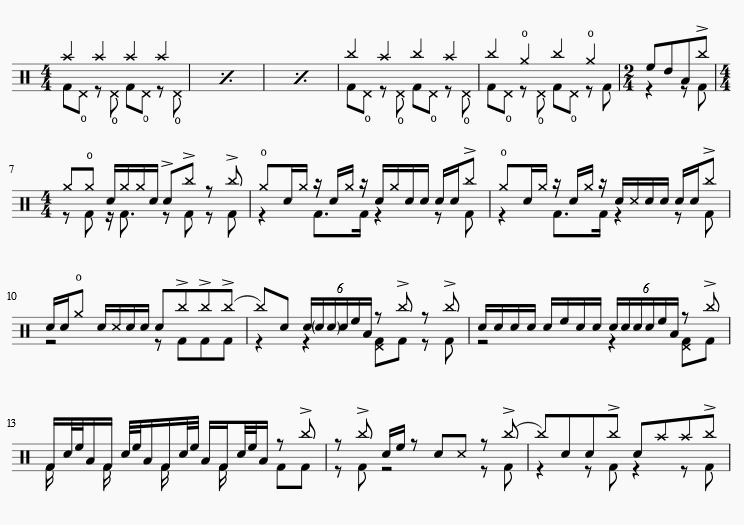 The pattern in the 1st - 5th bars appears several times in this song. He kicks the high-hat pedal with his left foot to make splash sound. In a slightly unusual pattern, the expansive sound of the ride cymbal & splashing high-hat matches this clear and tinnient song here very well.

It is the part where it gets moving little by little during the 1st - 5th bars and the drums suddenly become intense from the 6th bar. Everyone knows the legendary sextuplet (2 triplets) phrase in the 11th and 12th bar. The RL sequence is like this:

The 13th bar is also a legend that doesn't seem too difficult, but doesn't end up with a legend when you lose timing or get awkward. Drums close up videos of Steve Gadd do not show him playing smartly with only his fingers or hands. You see in the videos that he plays with all his strength to make his body float off his drum throne. Take a lesson from Gadd. Don't be lazy and play with all your might moving your whole body. Of course do not give your face a break. Try the best to make you look as if you are playing music with the face! Smile at audiences with your eyes. Make a sound with your eyebrows.

And just after above. The song once gets relaxed and then regain the intensity from the 24th bar: 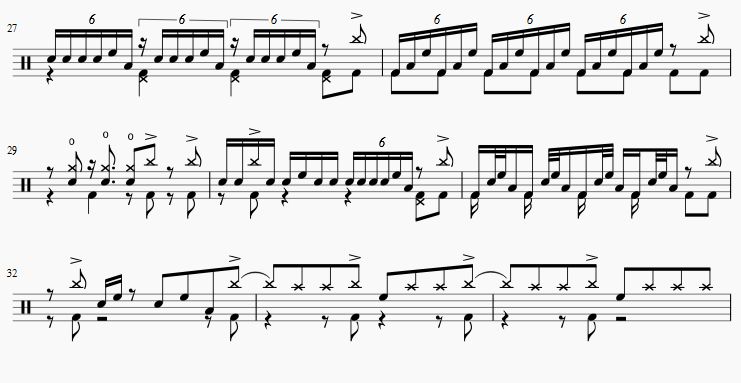 In the 27th bar, the sextuplet phrase is repeated with a slight difference; the 2nd and the 3rd sextuplets do not have snare notes at the 1st shot of the sextuplets. Or rather, it is more accurate to say that he has to omit it because his right hand hits the floor tom right before. The RL sequence is pretty much the same as the previous one:

The 28th bar is also the phrase Steve Gadd plays frequently. It's very simple but impressive. Let's do our best on the whole body, including the face as well here!

I'm going to check the part drummers are all curious about in the second half of Aja. Don't miss it out...