This is probably the first jazz drumming post on this blog! This is from Wynton Marsalis' album Marsalis Standard Time, Vol.1 released in 1987. The drummer is Jeff "Tain" Watts. 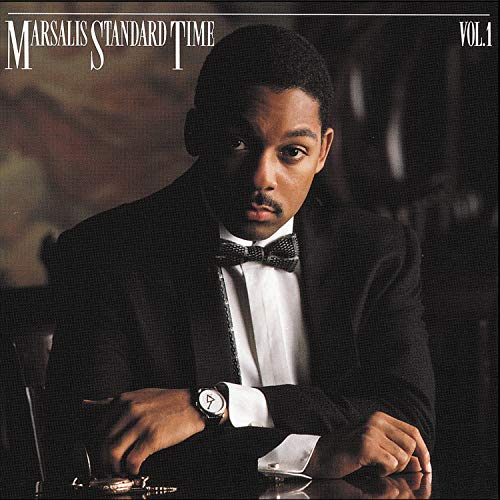 Simple and forceful, increasing one by one from 1 to 8.

From this album, I check out Autumn Leaves, the standard among standards. However, the arrangement of the theme is not standard at all. From the beginning of the song, the drums go like this! 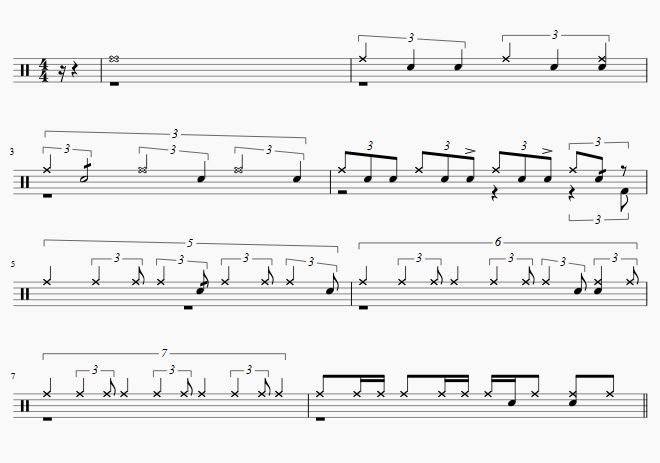 In general, if you want to score 4 beat jazz, you should double the tempo, i.e., you should write one bar of the above as two bars in double tempo. I write in half tempo here to make the trick easier to understand, and left out Swing notation because it would be too ambiguous.

There are triplets, quintuplets, sextuplets, and septuplets that cover one whole bar, and even triplets inside those tuplets. It looks complicated when you see it in the score, but in reality, the idea is simpler than it looks. If you listen to the song for the first time, you will immediately understand. Yes, it's simple and forcible, increasing one by one from 1 to 8. The main beats of the ride cymbal (and the bass) can be written out like this:

Decreases back to the 1

When you get to the end of the theme with 8 ride cymbals and fast 4 beats, it starts to decrease little by little. 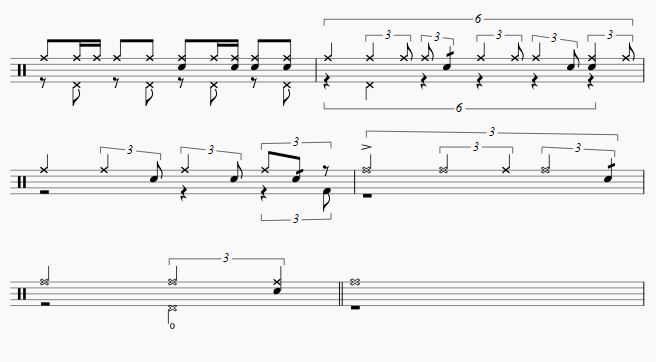 If you write out just the main beats of the ride cymbal (and the bass), it looks like this:

8-6-4-3-2, then back to the beginning of the theme, 1-2-3-4-5-6-7-8 again. That is an unlikely musical structure. It's a dignified way for musicians who have grown tired of playing the standard normally. They here realized it which we would never do even if we had thought of it.

Unless you have a special case like this one, jazz drumming is pretty hard to transcribe. This is because it is often played more freely than other genres, making it difficult to transcribe, and it is not very meaningful to accurately transcribe such improvisations. Nevertheless, I remembered that more than 20 years ago, Drums Magazine in Japan published a complete score for a whole jazz drum piece, perhaps from the album Four & More - Miles Davis. And the painful was that the song is played by Tony Williams, a well-known free-spirited drummer. The more I learned about the labor involved in transcription, the more I could imagine the patience required for this task. I guess it's not so bad if it is not an one-man-operation like me. It's getting hard to write articles with transctiptions even though this blog is just a monthly issue!