How are you getting along lately? This time, from the byword of funk, check out the funk groove that looks simple on the surface but you cannot easily make it happen.

In a Funkadelic's album "America Eats Its Young" released in 1972 has a lot to listen to for drummers. Drums stand out in the songs much. The groove in the outro part of the 14th track "Wake Up" is a must-listen for all of us, but this time we are going to see the 1st track "You Hit the Nail on the Head". 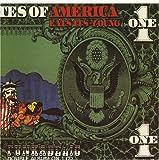 This is how the drummer plays from the beginning of the song:
(0:00-) 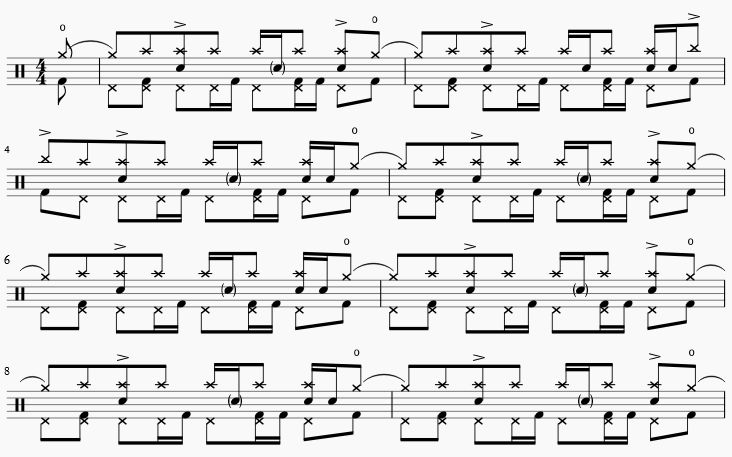 The organ riff and the somewhat wild strumming of the wah-wah guitar combine to create a unique dance groove. I like the way the song starts. The song is trimmed to start in Auftakt from the Hi-hat open accent in the drum pattern. We do not hear stick-hitting tick-tocks of the ride cymbal, and the ride cymbal itself does not produce a beat. Meanwhile, we can hear after-hitting resonance of the ride cymbal, and it makes the song a little bit thick and lively.

This drum pattern does not seem particularly important. But what does make such really funky groove?! I figured it out through hearing the riff for a while. Not to mention the organ phrase with staccato contributes to it, but the root cause could be the very subtle swing feel like this:

The drummer on the song, (probably) Ramon "Tiki" Fulwood might not be aiming that effect. But his natural instinct would realize that groove. This sense of time really matters in this song.

In this finely timed pattern, the song goes on and suddenly changes to a quite relaxed feel at 2:54 singing loosely "You hit the nail on the head". After some time relaxing like that, it returns to the pattern of the beginning when the snare drum breaks in. It's very cool to brace up and wake up the song to be funky again.

"You Hit the Nail on the Head" means "you're exactly right" followed by the statement "Just because you win the fight don't make you right". It sounds like sour grapes, but also seems to convey a profound message. The 2nd track of this album "If You Don't Like the Effects, Don't Produce the Cause" criticizes people who protest against major issues for social justice but don't change anything about their lives. Other songs have messages about political and moral value judgments. This time I found out that Funkadelic has something certain specific they want to claim. Why have they been popular from generation to generation? Their music itself? The star shaped sunglasses on Bootsy Collins? It's more than that.